For the new temporary playing ground of Virtus Bologna basket, set up inside one of one of the halls of Bologna exhibition center, it was necessary to implement, in shortest time possible, a lighting system suitable for the playing ground, considering the necessity to have at least 1500 lux on the ground to allow the television broadcasts in HD. Our project satisfied the request of the customer, with a result by far superior to 1600 lux on the playing ground, thanks to the use of 50 floodlights R2 300 W, 5000 K, placed 25 on each side, with 55° asymmetric lens. 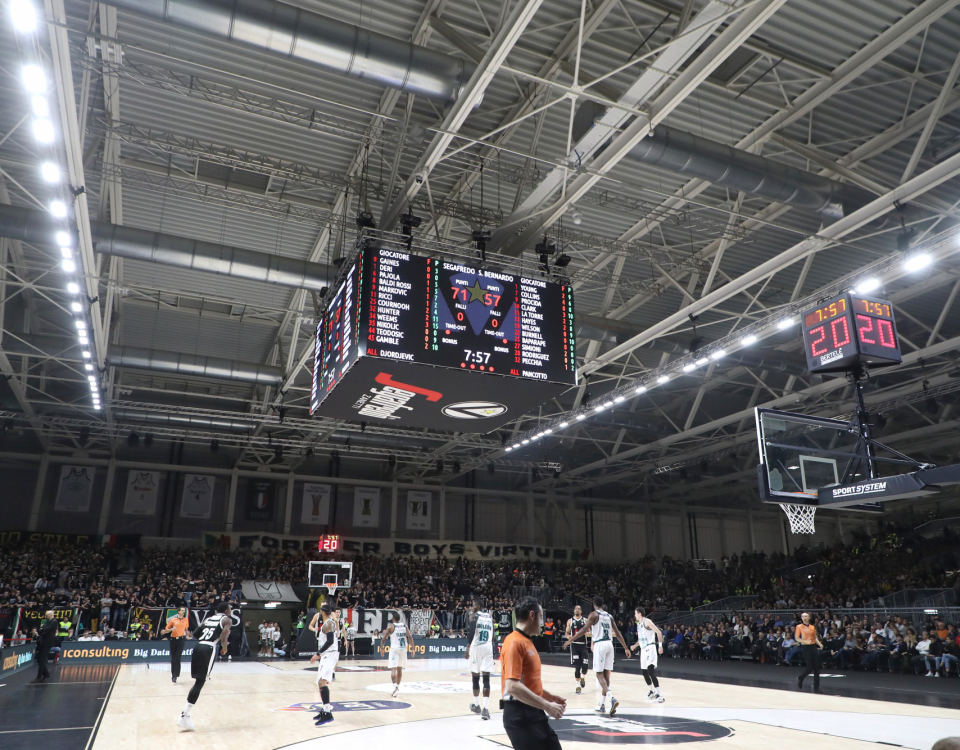 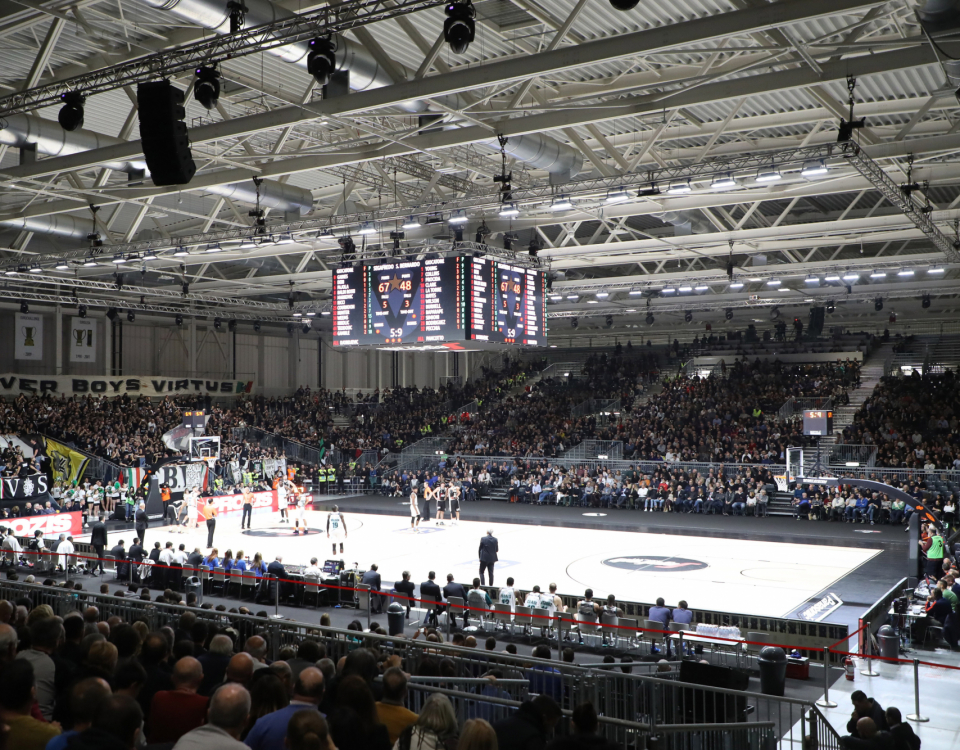 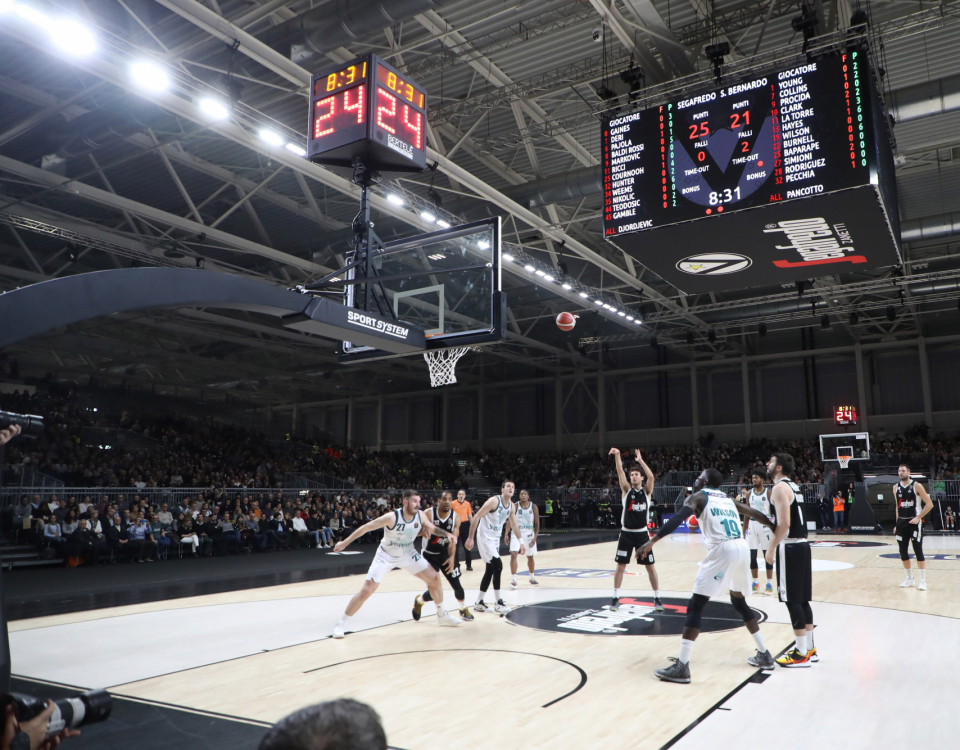 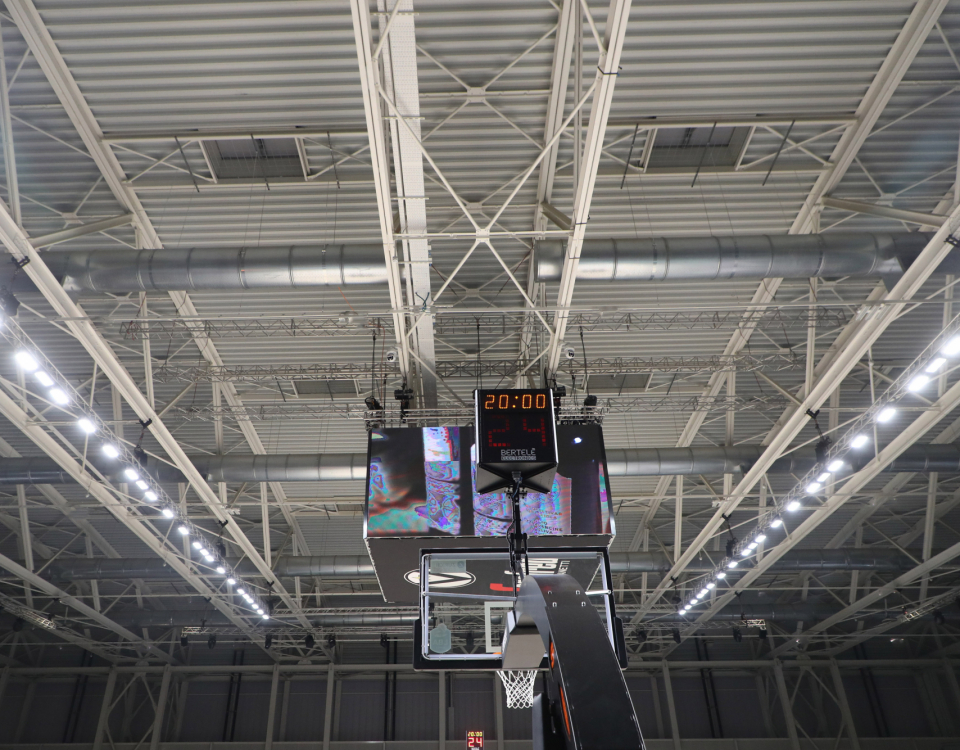 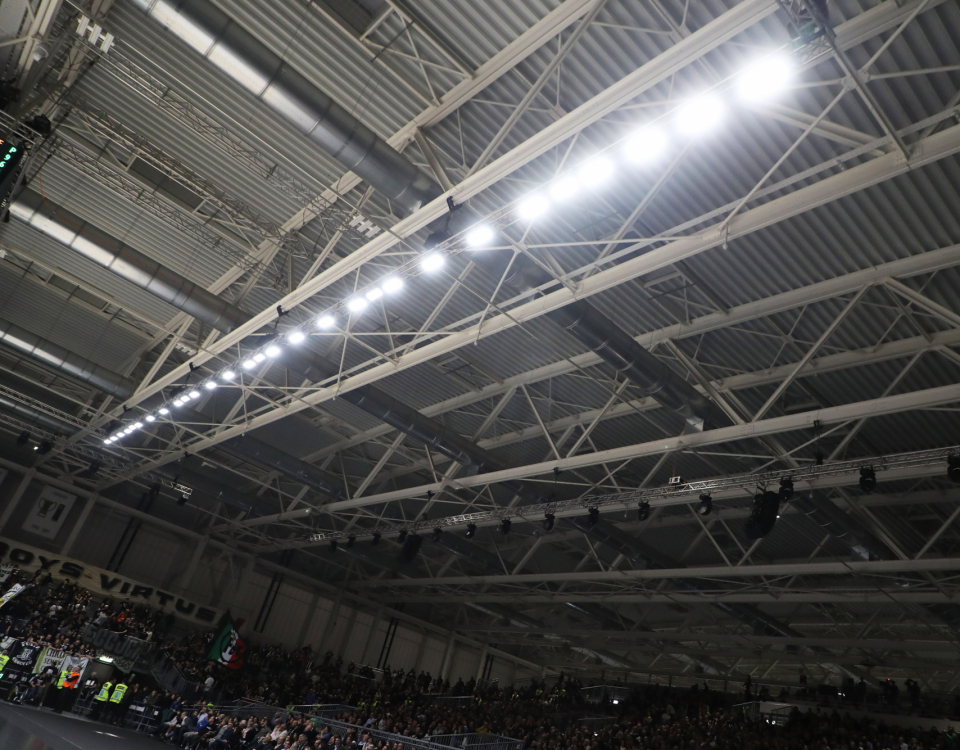 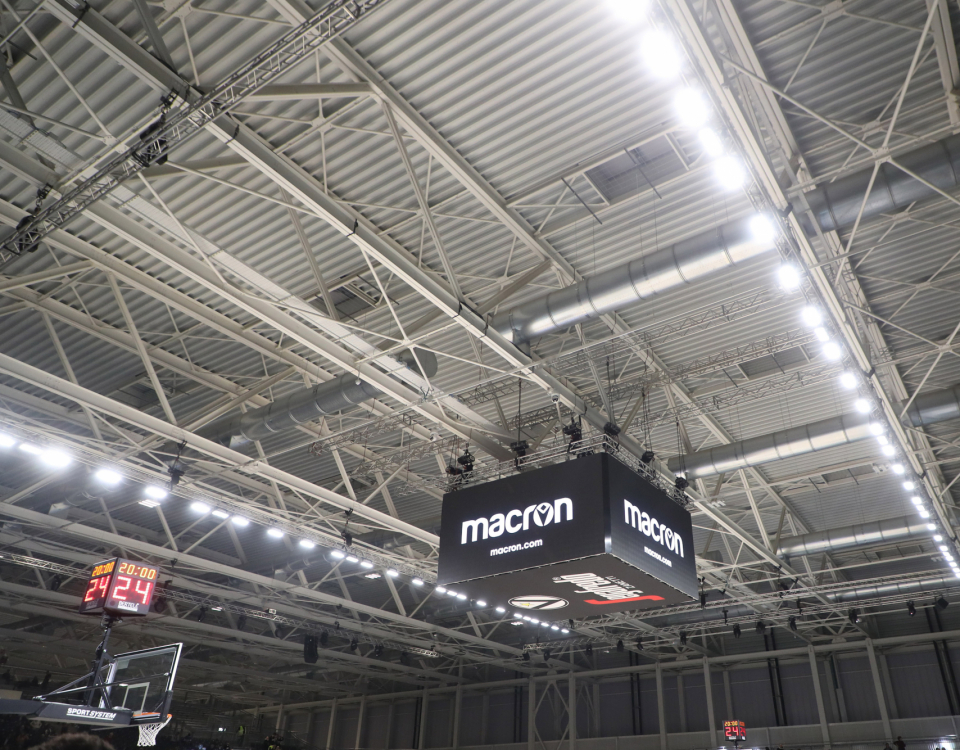 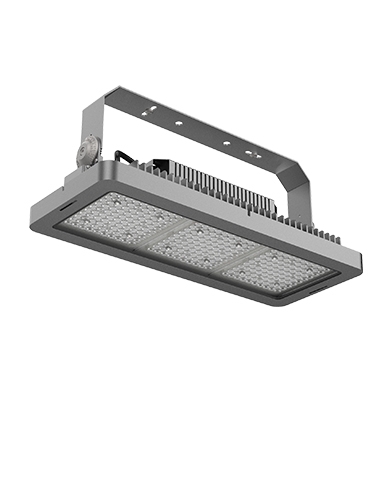